Note: Actually, this is the first post I ever wrote on this blog; I just change its date so that it remains at the top of the list.

Truth be told, the original reason I decided to start this blog was to advertise the novels I publish on Amazon (my Amazon author page HERE). But, since I'm at it, I'll also be posting here stuff about myself.

On every post, I'll reveal a little something about myself, the truth within me, the truth that God has been revealing to me over the course of my life, slowly, oh so slowly, piece by fucking piece, through my (most of the time agonizing) experiences.

Imagine this blog as a slow blooming flower, revealing its beautiful petals little by little, one petal at a time.

Read more »
Posted by Hector Fenwick at 2:20 PM No comments:

Email ThisBlogThis!Share to TwitterShare to FacebookShare to Pinterest
Labels: introduction

I was originally planning to write an article about the nature of love. In fact, I should have posted it quite some time ago, as a Valentine Day special.

However, lately, I've been writing my new novel, which I'm close to finishing. I'll tell you about that in the future. It's a horror story with a plot that bears some similarities to the Groundhog Day movie. In my novel, the main character, a teenage boy, lives over and over not just one day but a whole summer. But I'll tell you more about that in the near future.

Anyway, the thing is, writing such a serious article requires an amount of concentration which I don't currently have, working feverishly on my novel day and night. I hope you will show some understanding for a while. I hope that my posting only lighter topics for a while won't cause me to lose my audience.

How can you lose something that you don't have in the first place, Hector?

Anyway, to compensate you (kinda), this Sunday, I'll post a funny joke. Enjoy...

Once upon a time, in a kingdom, a peasant had a bet with a friend.

'Wanna bet I can fuck the princess?' he asks.

The peasant goes to apply for a job as a servant in the palace.

Read more »
Posted by Hector Fenwick at 7:36 PM No comments:

Read more »
Posted by Hector Fenwick at 3:22 PM No comments:

I Was Sick Recently

I had a cold. And don't think that when I have a cold it is like when you or your friends have a cold.

When you have a cold, you rest in bed day and night, forcing your 'loved' ones to take care of you, to be your servants, turning their lives into a living hell in the process, making them suffer more than you, the one who is actually sick.

When I have a cold, the physical suffering that my illness causes is the least of my worries. I have to face another torture as well. A torture worse than the flu. Way, way, way worse: my parents!

Whenever I get sick or injured, they blame me, because, to them, I have got sick/injured because of something I did wrong, so I deserve to be punished for that. What my punishment is? Their grumbling. Their endless grumbling, especially my mother's one, which is worse than any disease.

On top of that, they often press me to use stuff I don't want to (e.g. painkillers, ointments etc)

To escape all the above, I have to go out. Yes, I spend the longest part of my illnesses walking outside, on the streets. Without a destination. Without a purpose. Which is, more or less, what I do when I'm not sick as well, except that doing it when you're sick kinda sucks sometimes. And yet, no matter how sick or weak I might feel, I will opt to spend that period going out rather than staying at home and going through... this!

For instance, one time, I was suffering from a terrible pain in the nape. It was night. I was planning to relax at home, rest and watch 'Victorious', the only Dan Schneider show which I actually like. Speaking of which, do you want me to write, sometime in the future, a post as to why I dislike Dan Schneider shows?

No, Hector. What we want from you is to delete this stupid blog which nobody reads and then go fall off a cliff or something so that you stop wasting valuable food and oxygen.

So, that night, my parents had gone out to a tavern. (Or maybe it was a bar. Who cares?) When they returned, I was unlucky enough for mom to notice that I was clutching my nape, so, for all her stupidity (I'm not saying this merely because I dislike her; seriously, my mother suffers from a severe lack of intelligence), that was enough evidence for her to deduce that I was in pain. Just my fucking luck!

Read more »
Posted by Hector Fenwick at 3:34 PM No comments:

Email ThisBlogThis!Share to TwitterShare to FacebookShare to Pinterest
Labels: my experiences

Usually, I try to keep my posts' length longer than a certain minimum. But, today, I'm not in the mood to write much. Not all times are the same. Today, I feel sad. And angry.

You know that I'm pro life. Don't you? I wrote so in the About Me section as well (on the right side of the home page).

I have argued many times online about this issue. Especially on female forums, where I was the only pro life member, where I was alone against everybody else on the forum, I exchanged walls of text before winding up banned for 'disrupting the community'.

I don't want to repeat myself here. I don't want to reply once more to all those feminists who call fetuses 'one celled organisms', even though it is an established fact that even a 2 week old fetus has limbs, a heart, a nervous system and feels horrible pain during the abortion process.

I don't want to engage in an argument with a pro choice person ever again. I have come to realize that arguing with those people is like talking to a wall.

So, since a picture is worth 1000 words (which means that a video is worth thousands of words, I guess) and since I'm in no condition to write a proper article this time, I'd like to dedicate THIS video to all pro choice people, to all women who have had an abortion so that they wouldn't put themselves out. I want you to watch and enjoy every second of it. Have a nice day.


Posted by Hector Fenwick at 8:56 PM No comments:

Disney Princesses: Virgins or not?

I bet you all have wondered sometime whether the main couples in Disney movies had got any... action before their on screen love stories were told.

No, nobody ever wonders about such stuff, Hector, except perverts like you.

Anyway, I once googled it and came across an interesting article about that issue. So, I was like, 'Why not write one myself too? I mean, what does the author of that article have that I don't?'

Umm, that was a rhetorical question, my inner voice.

I wrote my view on this subject on many forums in the past.

And you still wonder why you keep being banned from forums?

So, now that I have a blog, it's time to write my view here as well. Even though this is not a Disney themed blog, since Disney movies have been watched and loved by most people in the world, I'll make an exception this time.

Just get this farce over with, Hector.

Okay, here we go. An analysis, movie by movie. 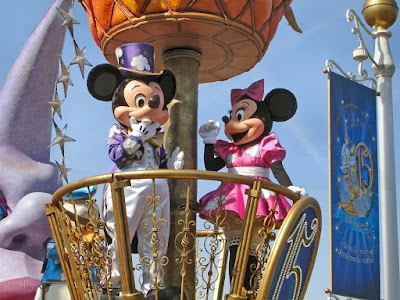 SNOW WHITE
-Nameless prince: He was a prince, which means he could get laid with practically any woman he wanted as soon as he started having his first teen boners. Furthermore, the confidence he flirted Snow White with indicates he hadn't waited to find his true love before losing his V card. Not virgin.
-Snow White: I think her overall attitude showed that she still believed babies are delivered by storks. Virgin.


CINDERELLA
-Nameless prince: Prince, a case similar to the above. IMO, his father's fear of dying before he has any grandchildren does not indicate virginity here as that article I came across said. To me, it is rather a sign that the prince was an immature bon viveur/womanizer or something. Not virgin.
-Cinderella: She barely went out of the house at all. Virgin.

Read more »
Posted by Hector Fenwick at 3:20 PM No comments:

My Exile from My Earthly Heaven

I always carry a bag with me when I go out for my afternoon walk. An ecological bag. Mom says that I shouldn't do that, because it makes other people take me for a homeless person. (Maybe that explains why, sometimes, unknown people approach me and give me money, which I gladly accept anyway!) But it's really convenient. I mean, I buy a packet of cookies, then carry it in the bag till I find a spot where I feel like sitting and enjoying my afternoon meal. So who cares what mom says?

Having never had a real social life, the greatest joy in my life was to visit a bookshop in the local mall. For seven years, I would spend my afternoons there. Every afternoon, after eating my cookies, I would hang out there, reading novels, mangas, Disney comic books, fairytales, children's books, soccer books... in short, practically anything. That place was my earthly Heaven. 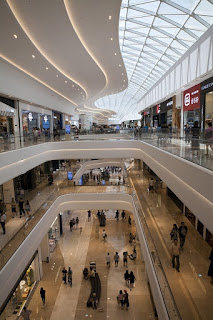 One afternoon, at the beginning of this July, I visited the shop as usual. I sat on a stool as usual. I started reading as usual. At some point, I noticed a female clerk staring at me. (By the way, why are all clerks at bookshops females? Ain't it sexist that I can't get a job at such a place just because I have a dick? Well, I guess that could be the subject of my next story!) She seemed serious, maybe kinda angry. Was it because, while reading, I would every now and then raise my eyes to give furtive glances to hot, lightly dressed (I remind you it was July!), female customers roaming the shop? Nah, I don't think so. I mean, I had been doing that for years. Had the clerks just become aware, after all those years, and, moreover, decided that that habit of mine annoyed them? Highly unlikely. In any case, that clerk was standing pretty far from where I was sitting. Finally, I inwardly shrugged and resumed reading.

Read more »
Posted by Hector Fenwick at 1:56 PM No comments: